GIVE THAT ME SUNSHINE

One cold winter’s day in 1966, The Setters shop were hard at work,doing long hours getting  the final rush of Jewellery out for the Christmas market. There was the usual badinage being thrown up and down the shop between the workers, mostly very sweary jokes at one another expense, as is the wont of Brummie chaps. The Light programme was blaring out on the shared radio. The Manager came into the shop and turned off the radio, and announced that they had visitors. All heads looked up from their benches and to their surprise they saw the diminutive figures of Morcambe and Wise, The then very successful comedians of the telly. They came in doing their usual spiel, The quick-witted repartee, The jokes about short fat hairy legs… You can’t see the join etc etc.

They came up to the first setter at the top bench, And he looked somewhat perplexed,

“Aren’t you small? You look much bigger on tv.

Morecambe: No we are not small, Just very far away… On telly we are much closer.

The setter smiled, but failed to recognise this as a joke. Morecambe turned to the others and aped a not all there sign about the first setter. The others all laughed. Ernie Wise, looked over the shoulder of another setter to see what he was actually doing.

Wise: What’s that you are doing there?

Second setter : Its a opal.

Morecambe: Give me that sunshine! ( which was a play on one of their famous catch-phrases.

The setter held it up to show the comedian.

Morecambe looked at the ring and wondered how the stone was actually held in?

Morecambe: What’s holding the stone in? Do you use the same glue as Ernie does on his wig?

Morecambe looked at the ring more closely, and then stuck the clams and ring in his pocket. Everyone laughed. The Manager in some consternation, asked for it back, and after mugging to the audience, theatrically searched his pockets before finding the said clams and giving them back to the setter.

Morecambe :Right anyone here got any children? 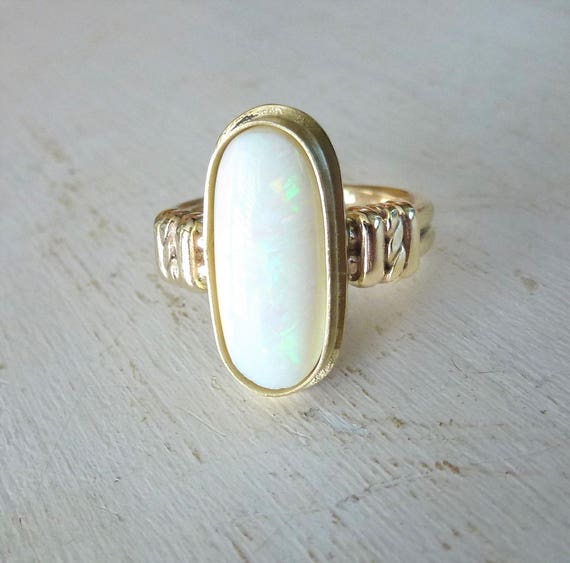 The young setter who had been setting the opal, took it into his head that Morecambe  really had really wanted the ring, so at the end of the day, he had slipped it into his pocket, thinking that when he took his two boys to the Matinee on Saturday, He could get to take them backstage and present Morecambe with the ring. He hadn’t really thought it through, but His boys would be so excited to the see the TV stars in real life, it would show them how much he loved them.

So, after the show, He took the two young boys with him to the stage door.

He spoke to the doorman,

“I’ve got something to deliver from Samuels, to Mr. Morecambe.”

The Doorman looked at him skeptically, but when he showed him the ring box. He let him in. The Setter and his boys were told to wait in the hallway, whilst the Doorman went to fetch Mr. Morecambe.

Eric came out, looking tired , and asked the setter what he had come for?

“I’ve got that ring for you, you know, the one you wanted from Samuels?”

“I didn’t want the ring, son, I was just messing around, just putting on a bit of a show.”

“I should take it back sunshine and hope no-one notices that you took it.”

A brush with celebrity can be a dangerous thing. He took it back on the next Monday morning. The ring had however been missed, and when they called him into the office, They didn’t not buy his story of taking it home to finish it, and summarily sacked him on the spot.